Passionate about both snow sliding sports and mountainous landscapes, becoming a ski instructor was obvious to Yves. Originally from the Deux Alpes, he has grown up in the resort and has instructed for 35 years.

Yves started skiing at the age of three. Nature-lover, his fascination for snowy mountains pushed him to become a ski instructor. Specialised in competitive skiing and in teaching children, he can transmit his passion in French as well as in English.

For Yves, there is a single motto: ‘trying is improving’! Patient and careful with his learners, the development of each of them remains a pleasant memory and a great reward. The Ecole du Ski Français is for him an institution whose teaching focuses on skills and technique within a warm and friendly atmosphere.

As a seasoned instructor, his years of experience led him to take part in international competitions and in races organised by the International Ski Federation. If you don’t see him teaching, he might be hitting his favourite slopes, which are Le Diable, Bellecombe and La Fée.

Yves encourages experienced skiers to go to the most beautiful ski runs in the world, which are for him Bellevarde (Val d'Isère), the Super Diable and the Diable (Deux Alpes), Solaise (Val d'Isère) and finally Jean Mayer (Taos Ski Valley).

His experiences abroad allowed him to notice the different ways of thinking in the countries he discovered. These differences enriched him a lot, and enabled him to improve his English. 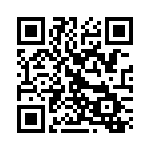