‘The Deux Alpes is the best, no matter the rest!!!’

Originally from the Deux Alpes, Yoann practices this high performance sport since he is one year old. Even though he doesn’t remember if he liked this sport at that time, the question doesn’t arise any more for this lover of snow sliding sports!

As he practiced high level competition for years, it was quite naturally that he headed towards this occupation; in 2001, he officially became a ski instructor. As soon as winter has returned, he rediscovers the sensation of sliding and the exceptional landscape mountains offer- a very special place for this nature-lover.

Specialised in competitive skiing, he also instructs cross country skiing and off-piste skiing to adults and children alike. As a matter of fact, Yoann participated in several competitions until he was 17. He was awarded Dauphiné Champion several times and managed to rank amongst the 10 best French skiers in International Ski Federation courses.

In competition as well as in his teaching, Yoann never departs from his own rule: ‘pleasure and improvement above all else’! From the lessons during which he trained children of the Deux Alpes Ski Club, he keeps the best memories of his career.

For Yoann, there is no doubt about this: the Mozelle conveys the best sensations to professional skiers. He therefore specifies that it is a secret slope which rewards a real climb!

Enthusiast about the Ecole du Ski Français’ teaching, working for this renowned ski school is for him the guarantee of well supervised practice in safety conditions.

Outside the slopes, Yoann is a racing driver for Citroën. Today, his activity concerns rallye, and allowed him to become France Champion in 2017. Competitor in motorsports, he also practices hiking, climbing and ski touring.

He also had the opportunity to practice ski touring in Argentina, in Chile and even in Siberia. Despite this, the most beautiful ski runs in the world are in the Deux Alpes… ‘without the slightest intention of being chauvinistic’, he added with humour! 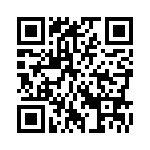