As a real ski-fan, Paul doesn’t have favourite slopes, and appreciates them all, with no exceptions! Born within the ski resort, he likes transmitting his passion on the Deux Alpes skiing area for the quality of its ski runs.

When he was five, Paul hit his first slopes. He was immediately bitten by the skiing bug! Specialised in Alpine skiing for adults and children alike, he enjoys everything snow sliding sports conveys.

Naturally, his expertise led him to confront other high level skiers during competitions, for which he was rewarded several times until he was 12. Real competitor at heart, his favourite slopes are World Cups downhill ski runs.

According to him, a good ski instructor has to adapt his teaching skills to his learners while always taking the quality of snow into account. His best memory as a ski instructor? Every time one of his novices tells him how happy he is to have improved and changed his way of skiing thanks to his lessons. In a more general way, observing his learners improving is Paul’s greatest reward.

Paul has been instructing for 15 years in the ESF, an institution which for him conveys values of courtesy and professionalism. Passionate about sports in general, Paul runs a ‘devalkart’ and a miniature golf with his parents in summer. He spends his free-time practicing other sports, such as cycling and motorbiking. Paul even had the opportunity to run in Italy. And of course, he spends as much time as possible with his children. 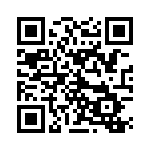