At the age of six, Pascal discovers the pleasures of sliding sports in a peculiar way… since he used to go to school on a sledge! The perfect mean of transportation for this little boy, who, since that day, keeps improving and perfecting his skiing technique.

Son of seasonal workers, Pascal’s parents laid down their hats in the region in the 1970s. Since then, the family never left the place.

It has been 35 years that Pascal passed his BEES degree, which allows him every day to hurtle down the slopes with his learners. Since then, he has never stopped developing on the slopes and appreciating the Ecole du Ski Français’ teaching. For him, the ski school offers a quality teaching in safety conditions.

His love for mountainous landscapes and for sliding sports first encouraged him to take part in competitions. The intense practice of this sport resulted in successful victories, since he was elected France Champion of ski and snowboard. After years of practice, he decided to make the most of his expertise of snowboard and ski and to transmit it to an audience of all ages and all levels.

Pleasure and patience are for this talented instructor the key elements to succeed in his teaching. Pascal only keeps happy memories from his instructorship. He especially enjoys every time he and his group of learners are the first to reach the top of a ski run, where snow is still flawless, and the slope covered by smooth and untouched powdery snow. In that very moment, Pascal enjoys encouraging his learners to hurtle down the slope thoroughly and unreservedly.

Local to this resort, the most beautiful slopes are for him the Signal as well as off-piste areas, on which he takes pleasure unwinding as soon as he has free time.

Passionate about his occupation, being a ski instructor is for Pascal the best work in the world. In this profession, there is no routine, but rather a combination of all that he loves: meeting different pupils, practicing his favourite sport among mountains, while enjoying the climate; snow, sun and sometimes snow storms punctuate Pacal’s days.

Ski instructor in winter, Pascal enjoys the return of a warmer weather to organise sporting events, especially in mountain bike. Keen on sports, he practices all disciplines that mountains can offer, such as paragliding and climbing. Not long ago, he started practicing sailing intensely; actually, he would like to travel around the world in several stages.

Travel-lover, his thirst of new discoveries also pushed him to ski in Switzerland and in Italy, experiences from which he concludes that these two countries also enjoy beautiful mountains. By a matter of fact, he also instructed in Switzerland for three years… Before coming back to the Deux Alpes, as always. 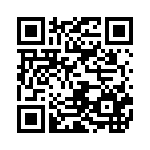