This young ski instructor has always lived in the Deux Alpes, where she grew up with her family and friends she knows from nursery school. Malvina followed the sports study programme until she was 19, where she was practicing skiing in winter and getting back to school in summer.

Malvina is familiar to the universe of skiing and to mountainous landscapes. She likes developing within a world which is familiar to her while transmitting the values she holds dear. After having participated in several competitions, becoming a ski instructor seemed obvious to her.

For 8 years, she has been passing on her passion to skiers of any levels and any ages. For her, the best way to transmit her passion is with simplicity; gentle and patient, she adapts her lessons to each of her learners, so that they can progress and have a good time.

For Malvina, working in the outdoors in the middle of this exceptional scenery is an incredible opportunity. Incidentally, she knows how to share the beauty of the Deux Alpes in French, in English and even in Portuguese. This young instructor enjoys working for the ESF, whose values of sharing and transmission of a knowledge are at the heart of its teaching.

Above all, she likes skills, trails and competitions she took part in from her earliest childhood. She reached regional top 10s until she was 18 and several courses organised by the International Ski Federation. As soon as she has free time, she puts on her pair of slalom skis to hurtle down some bends.

Malvina does not get tired of her instructorship, since every year she experiences real moments of sharing. Following her skiing season, she received an envelope filled with photos of one of her young learners. His parents were appreciative of her help and presence. Touched by this kind attention, Malvina felt grateful to be rewarded this way.

Her good knowledge of the skiing area allows her to assert that the best ski runs are those of Bellecombe area. However, for off-piste ski runs, she would rather advise you to go to La Fée and Saint Christophe. More generally, the best slopes in the world are for Kitzbühel, Bellevarde, La Verte, Luc Alphand… and in order to seem more jingoistic, she would add the Diable in the Deux Alpes!

Even though she never carried out any skiing expeditions, she taught for four months in New-Zealand (The Remarkables) in order to improve her level of English. She also skied in Italy and under the dome of Amneville.

During the rest of the year, Malvina works as a sports and physical trainer for professional athletes. She also has a bachelor degree in economy and management. Eager for knowledge, she also likes music, art and history. Of course, she practices other sports, such as climbing and running. 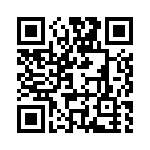