‘Nothing in this world can be carried out without passion; this is also typical of the Deux Alpes.’

Jean-Jacques is full of praise for the Deux Alpes ski resort. For him, learning how to ski in ESF is like ‘giving life a cuddle’! Specialised in carving, off-piste skiing, competitive skiing and heli skiing, he has been teaching for more than 37 years now.

In 1962, Jean-Jacques discovered the Deux Alpes thanks to his father, who built the cable cars for the Diable ski run (then called “televoitures”). He spent his school years in the sports study programme of La Mûre secondary school. All his life, he has revitalised in the resort all year round, admitting that he cannot do without his mountains.

Even though he started skiing at the age of two, he fully enjoyed this sport at ten, for he couldn’t lace up his boots and took them off at every bend. Today, skiing is his reason for being.

Since always, skiing is his passion and remains for him a sport of leisure and relaxation. He likes discovering new environments and transmitting his passion to the greatest number. For him, practicing this activity comes down to ‘the best way to be happy’!

Years of practice enabled him to take part in competitions, especially in Salomon and Marlboro French Cup (the ‘Formula 1’ of ski competitions!). Even though he was only rewarded by a few days at the clinic, he had the opportunity to meet Luc Alphand and is proud to have participated. Unquestionably, Valentin remains for him the most beautiful ski run of the Alps.

For him, skiing is a combination of physical strength, sharpness of vision, nerves of steel, bravery, clear-headedness, will, physical and psychological balance. He adds that other skills are essential- yet usually considered as flaws- such as pride and selfishness. Above all, you have to acquire a strong personality and to improve continuously.

As a good instructor, Jean-Jacques assists his learners by adapting his social skills and expertise to every given situation. He also uses teaching skills used for high level skiers in order to help beginners throughout the different steps of their learning for technical, physical and mental improvements.

His greatest memory dates back to the day he trained a 12 year old boy suffering from cancer. He came to the Deux Alpes thanks to the charity organisation called Rêve de Gosse. By means of his progress, he passed his second star. It was a real pride and a life lesson for this instructor, who is going to meet him again next season.

Jean-Jacques had the opportunity to ski in the largest European resorts, yet he likes the Deux Alpes for its off-piste area, among which the Vallons de la Meije, Ecrins Park and La Molière. Incidentally, he taught at Serre Chevalier and Montgenèvre. The greatest ski runs in the world are for him the Super-Diable, Valentin, the Alpes d’Huez Tunnel, Saulire, Streif, Verte des Houches and the Daille in Val d’Isère.

During the rest of the year, Jean-Jacques is a helicopter pilot and a aeronautical and luxury consultant in the marketing area. He also likes swimming, golfing and aviation. 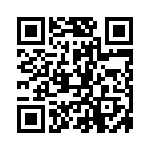