It is at the age of six that Jacques discovered skiing for the first time, during a school trip organised by the Ecole du Ski Français. Since then, he has been working in this institution, whom professionalism and thoroughness never fail.

Having a good time while having fun; here is what is important to Jacques in the practice of skiing. Forty years ago, his passion and expertise in sliding sports encouraged him to become a ski instructor.

Originally from the Deux Alpes, Jacques passes on his knowledge in French as in English to adults and children alike. This local boy knows the skiing area like the back of his hand, and can assure that the best ones are the Vallons and Diable, as well as the Vallée Blanche skiing area. His membership to the Deux Alpes Ski Club enabled him to participate in competitions, during which he was rewarded several times.

As a good instructor, Jacques always tries to establish a climate of trust and shares his techniques with his pupils in a playful way by organising amusing and diversified activities. Observing his learners succeeding after their training or hitting slopes they weren’t able to at the beginning of his lessons give this benevolent instructor the greatest satisfaction. He doesn’t get tired of spending such a great time with his learners.

Despite the fact that the Deux Alpes has one of the most beautiful slopes in the world- Jandri, until the mount of Lans- Jacques would therefore recommend you to take a look at le Mur des Suisses in Avoriaz, Sarenne in Alpe d’Huez, the Vallons de la Meije in Grave and finally the Vallée Blanche in Chamonix. As Jacques has already skied abroad, he stresses the fact that French ski lift system is rather efficient.

Jacques has long taught skiing all year round. Only recently, he has started working in catering. Even though these two occupation may seem totally different, he transmits generously a passion in each of them.

Keen on cycling and hiking, the marine environment also appeals him. 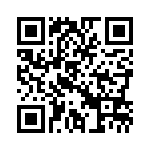