As soon as he arrived in the resort in 2008, Guillaume immediately fell in love with the Deux Alpes skiing area, and never left. This top athlete has been transmitting his love for powder snow for 10 years now.

When he was three, Guillaume discovered skiing. He immediately loved the sensation of sliding as well as the wide open spaces nature offers.

Freestyle skiing, off piste skiing and snowboarding hold no secrets for him any more. He will communicate his passion in French as in English in a joyous and relaxed atmosphere.

From 10 to 14 year-old, Guillaume practiced competitive downhill skiing. Following these experiences and his success, he fully devoted himself to freestyle skiing (halfpipe and slopestyle). In 2006, he was awarded French Champion of slopestyle and reached several top 10s in World Cups SS and HP courses. Finally, he was awarded three times winner of the Instructors’ Challenge (in 2012, 2014 and 2015).

His experience as a top athlete also enabled him to travel all over the world. He thus had the opportunity to discover the United States, Canada, Japan, Russia, Scandinavia and Chile. All these travels only left Guillaume unforgettable memories and he had the opportunity to discover different cultures. Yet, each ski season he gets back to his favourite slopes in the Deux Alpes, among which Jandri 1, a ski run he is particularly fond of.

Even though for him the Deux Alpes is the most beautiful resort in the world, he would also advise you to discover the resorts of Jackson Hole (United States), Laax (Switzerland), Chamonix (France) and Revelstoke (Canada).

Keen on sports in general, he also practices water sports, such as surfing. 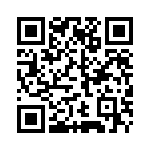