When he was three, Frédéric discovered skiing. From that moment, he quickly realised that he wanted make a living out of this passion and sharing it to the greatest number. French, English and Italian are the three languages in which he can fluently communicate his knowledge as well as his best techniques.

His main objective is to transmit his passion in a playful way. Keen on the different specialities snow sliding sports offer, he appreciates snowboarding, freestyle skiing, freeriding and off-piste skiing. However, he much prefers practicing freeride on his own on his favourite slopes.

Safety and professionalism are for him the best adjectives that would characterise the teaching of the Ecole du Ski Français.

Frédéric took part in Freeride and snowboard competitions, and was successfully rewarded. Present in the resort all year long, Frédéric can assure that the most beautiful slopes of the Deux Alpes skiing resort are La Fée, Bellecombe and Le Thuit. As a competent ski instructor, he therefore adds that this choice also depends on the quality of snow.

Apart from snow sliding sports, Frédéric also appreciates mountain biking, motorbiking and doing odd jobs. When not outside, he also appreciates quiet activities, such as reading, music and cinema. Snowboarding allowed him to roam across the globe and to discover several countries, such as Argentina, Caucasus, Chile, or New Zealand.

Apart from his instructorship, Frédéric has different professional activities closely linked to tourism. 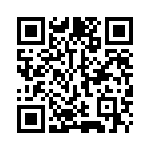