My specialities are : moniteur.pratique.babysnow et Skiing

Eric works as a ski instructor since he is 19 year old. For 35 years now, he has been teaching with dynamism and passion. Originally from this region, becoming a ski instructor seemed obvious for this local boy.

Eric has wished to share his greatest passion within an idyllic landscape. He thus decided to train to become a ski instructor very early. At the very beginning of his career, he instructed in Chamonix, an experience which opened new perspectives and enabled him to discover new skiing methods, especially extreme skiing.

Eric’s speciality is off-piste skiing in the Deux Alpes and in Meije skiing areas. He also teaches children and toddlers (from one year-old, through the “Baby Snow” class).

Eric, seasoned instructor, confronted other professional skiers, which enabled him to step on podiums several times, especially during monoski French Cups and speed skiing competitions, where he reached the 3rd place during the French Championship.

As he has explored the skiing area for several years now, he asserts that the best slope in the Deux Alpes is Le Diable. His favourite off-piste area, however, is Mantel Lake.

Eric adapts his teaching to each of his learners, depending on their abilities and objectives, and shares his technical skills. However, he makes a point of honour on safety. Patient, he always has a first exchange with each of them to know them better before spending moments of sharing and discovering the slopes.

Mountain-lover, Eric rarely leaves his favourite environment since during the rest of the year, he works as a mountain guide. He likes to say: ‘the mountain looks beautiful in all seasons.’

The most beautiful slopes remain for him Kitzbühel, the Grands Montets, the Vallons de la Meije and the Diable in the Deux Alpes.

Eric has already carried out ski touring expeditions in the Alps, and keeps wonderful memories from this experience. For him, the practice of ski touring is an invitation to travel and to discover new landscapes as well as meeting new people while making the best of mountain life and culture. 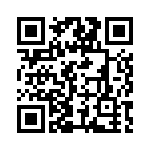