Cédric started skiing before he even knew how to walk properly. It immediately became his greatest passion, which he has been teaching for 15 years now.

Cédric practices every form of skiing, and appreciates competitive skiing just as off-piste skiing, downhill skiing, ski touring and snowboarding. Competitor at heart, Cédric also likes getting off the beaten tracks through off-piste skiing and ski touring. Off course, he also loves transmitting his passion. Even today, his expertise allow him to step on podiums regularly.

Passing on his passion while teaching under safety conditions are the elements that pushed him to become a ski instructor. Cédric transmits his knowledge safely and in a warm atmosphere, so that his customers can make the most of their experience on powder snow. For this benevolent instructor, every lesson leaves good memories.

Every year, Cédric enjoys getting back to the resort. He particularly affectionate the Deux Alpes, and makes the most of it during the whole season. Safety, teaching, friendliness and the renown of the well-known red suit are the elements he particularly appreciates in the ESF. Every season, he is proud to transmit his knowledge and to convey the values of this institution.

He particularly likes the Signal ski run on the skiing area. As for his favourite spots, he prefers the Vallons de la Meije, the Vallons de la Selle, and the off-piste trails of the Deux Alpes, which definitely have to be discovered. Yet he adds that an experienced instructor should lead you there.

His experience as a ski instructor enables him to affirm that the most beautiful slopes in the world are Kitzbühel, Wengen, Bellevarde, the Vallons de la Meije in Grave and the Vallée Blanche in Chamonix.

Cédric had the opportunity to experience other ski resorts, especially in Queenstown, New Zealand. He instructed there six months, and keeps unforgettable memories from this experience, which enabled him to gather all his passions together, such as skiing, hiking, rugby and travelling. There, he enjoyed wonderful and untouched landscapes in a different culture. Apart from his love for travels, he also likes mountain biking, hiking, rugby and reading.

Once the skiing season is over, Cédric works as a carpenter, an occupation in which he particularly enjoys handling wood, a noble material which enables him to create. For these two professions, he has to adapt to different working rhythms, allowing him to break the monotony of daily life. 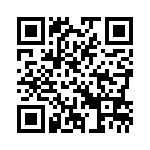