When he was eight, Alain went on school skiing trips. From the moment he saw his ski instructor, he immediately thought: ‘this is what I want to become.’

This has now been 35 years that Alain’s passion for skiing and for mountains pushed him to become a ski instructor. Despite years of experience, the pleasure and the sensations Alain rediscovers every day on the runs remain unscathed.

Early in the 1980s, Alain discovers the Deux Alpes for the very first time and decided to taste the pleasures of this resort in winter. Since that day, he proudly puts on the famous ESF red suit. For him, this institution is a model example in matters of professionalism, and a safe bet concerning ski teaching.

Unreserved about the Deux Alpes, he will probably lead you to his favourite skiing area, la Fée. Polyglot, he passes on his love for snow sliding sports in French, but also in English, Dutch, German and Italian.

The friendly atmosphere of this sport combined with his learners’ good mood and snowy breathtaking landscape immediately appealed this snow professional. Though he never carried out skiing expeditions, Alain nonetheless gave skiing lessons in Italy and in Switzerland, and made several trips to Austria. From these experiences, he keeps wonderful memories. These trips also gave him pleasure and opened his mind.

La Face de Bellevarde (Val d’Isère), the descent of Villaroger (les Arcs), Marmolada (Italie), as well as the Super Diable and the Diable (Deux Alpes) and Sarenne (Alpe d’Huez) are the slopes he would advise you to discover, if not already done.

During the rest of the year, Alain leaves the freshness of snowy peaks and gets back to his stoves. Indeed, he works as a cook. Apart from snow sliding sports, mountain biking, hiking and swimming are Alain’s favourite activities. 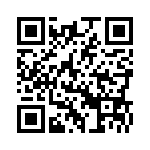